Paul Draper brought his UK tour to a close at the Institute in Birmingham on Saturday night. I was joined by Peter Ormerod who reviewed the show for Johnson Press titles across the region. His review is also below.

How to age if you’re a pop star? You can resist it and resist it, embark on grim fitness regimes, pump yourself with Botox, pretend the years pass only for other people.

Paul Draper has wisely opted for the latter. He’s pretty much unrecognisable in appearance and demeanour from his days as a 1990s indie pin-up, the haughty provocateur who brought a delicious sort of sneery erudition and imagination to a music scene that tended to celebrate a rather forced boorishness.

Now, he looks and speaks like you’d expect a 46-year-old man called Paul Draper to look and speak. And this show was all the better for it. 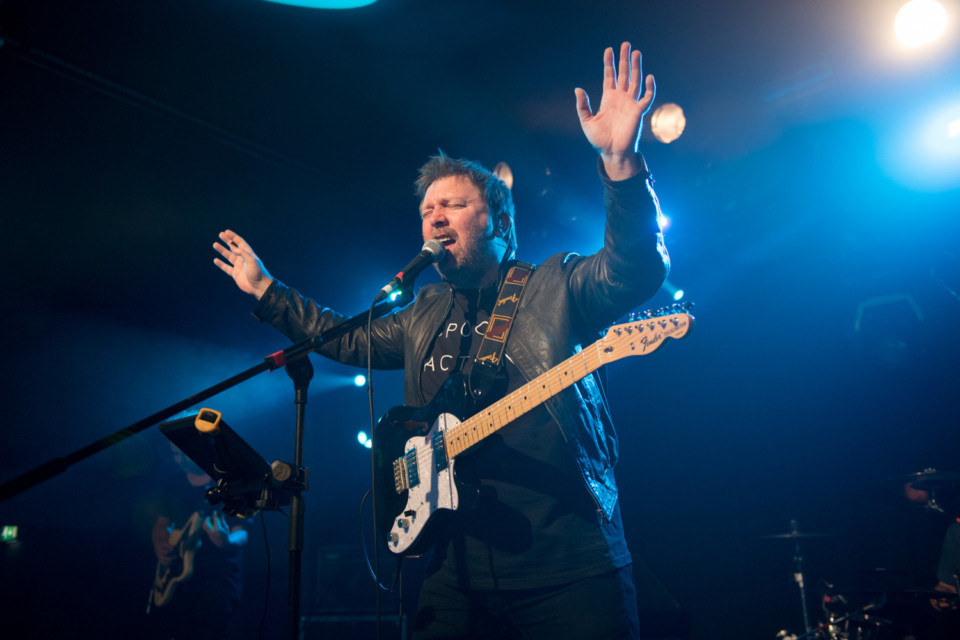 He’s always been a contrary soul – Mansun released a brilliantly flawed and bewildering quasi-prog album in 1998, just as the airwaves were becoming dominated by the undemanding beigeness of Travis – and tonight Draper began his set with three of his recent B-sides.

But what was immediately apparent – aside from that the evening would be no chintzy nostalgia-fest – was that his remarkable singing voice is more or less intact. It’s far better than it should be:

Draper’s barely used it for 15 years, yet the falsetto sounds effortless and the baritone powerfully rich. It’s hard to believe it comes from the same mouth as his grizzled speaking voice. Also apparent was the affection in which his new material is held.

Spooky Action, his debut album as a solo artist, was released in August but has already made enough of an impression to have the crowd yelling along enthusiastically.

An early highlight in the set was the single Feeling My Heart Run Slow, while Friends Make the Worst Enemies would doubtless now be considered a classic Mansun track had it been released 20 years ago; Draper was harmonising as the crowd led the singing.

And kudos to Draper for having enough integrity to base the set around his new work while not being so pompous as to neglect his Mansun material.

Three of his old band’s songs featured: Disgusting (here reworked in delightfully incongruous acoustic stool-rock form), I Can Only Disappoint U and Wide Open Space, the last-named sparking ecstatic moshing; it’s surely the most enigmatic anthem the Britpop years produced, from its queasy Edwardian intro onwards. 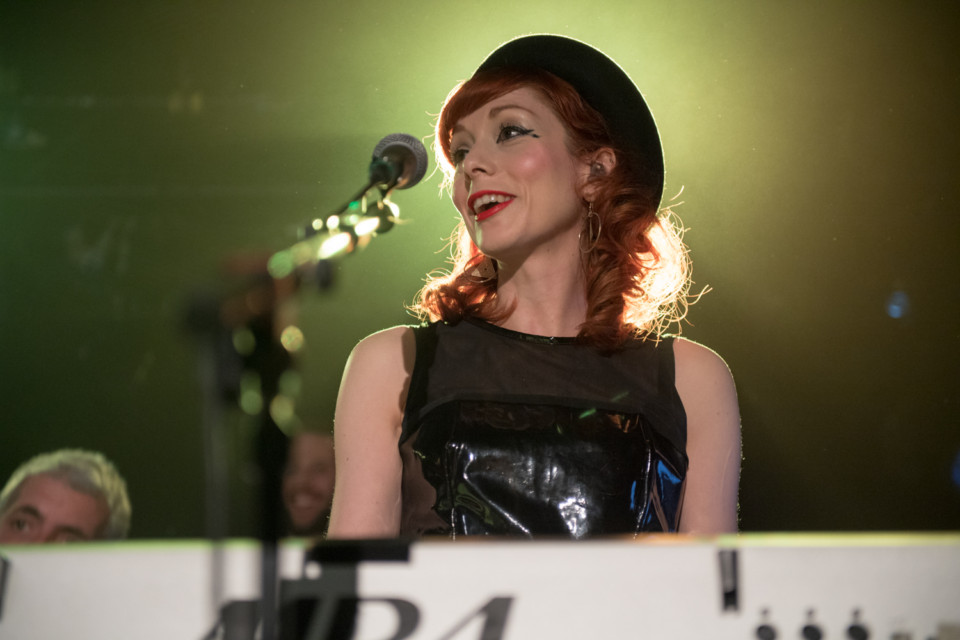 Proceedings ended with a deafening and cacophonous Don’t Poke the Bear, the intense epic which opens his new album.

Each performance radiated conviction and intent.

Draper’s band impressed throughout, too, lending his music the subtlety that’s always set it apart.

Guitars seared and swelled, drums thundered and pitter-pattered, while Catherine AD – herself fast becoming an established artist under the name The Anchoress, and who has just supported Simple Minds on tour – brought a welcome splash of glamour and colour in her role as keyboardist, backing vocalist and general random-sound-generator.

Draper’s rather direct manner with one or two hecklers only endeared him even more to the audience, and his between-song contributions betrayed the warmth that lies beneath his sardonic exterior. So he’s still doing his own thing.

He’s still doing it exceptionally well. And we can all still learn from him. Maybe Paul Draper’s not changed so much, after all. 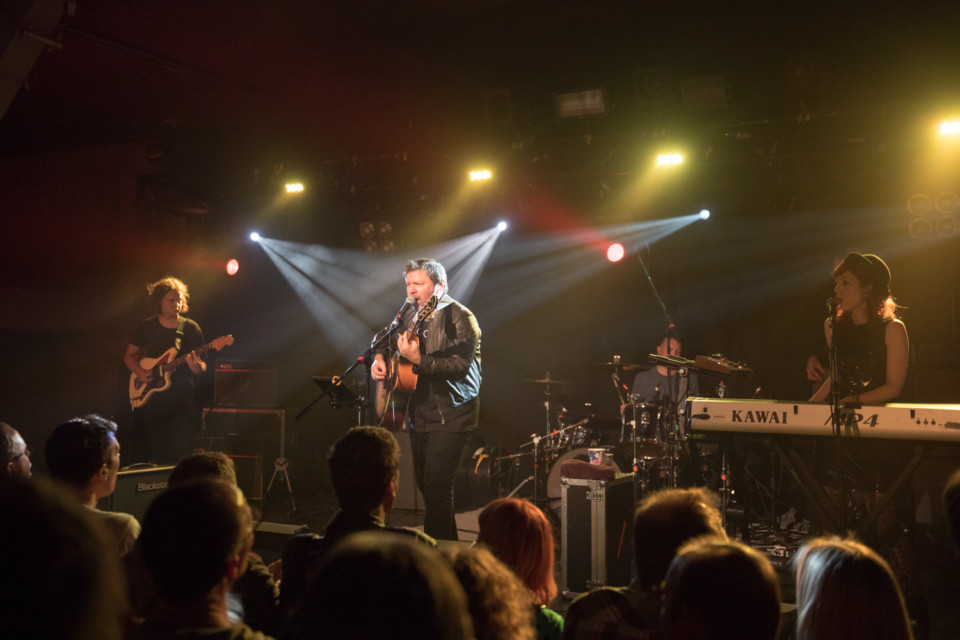 This entry was posted in News and tagged Birmingham, Institute, Paul Draper.