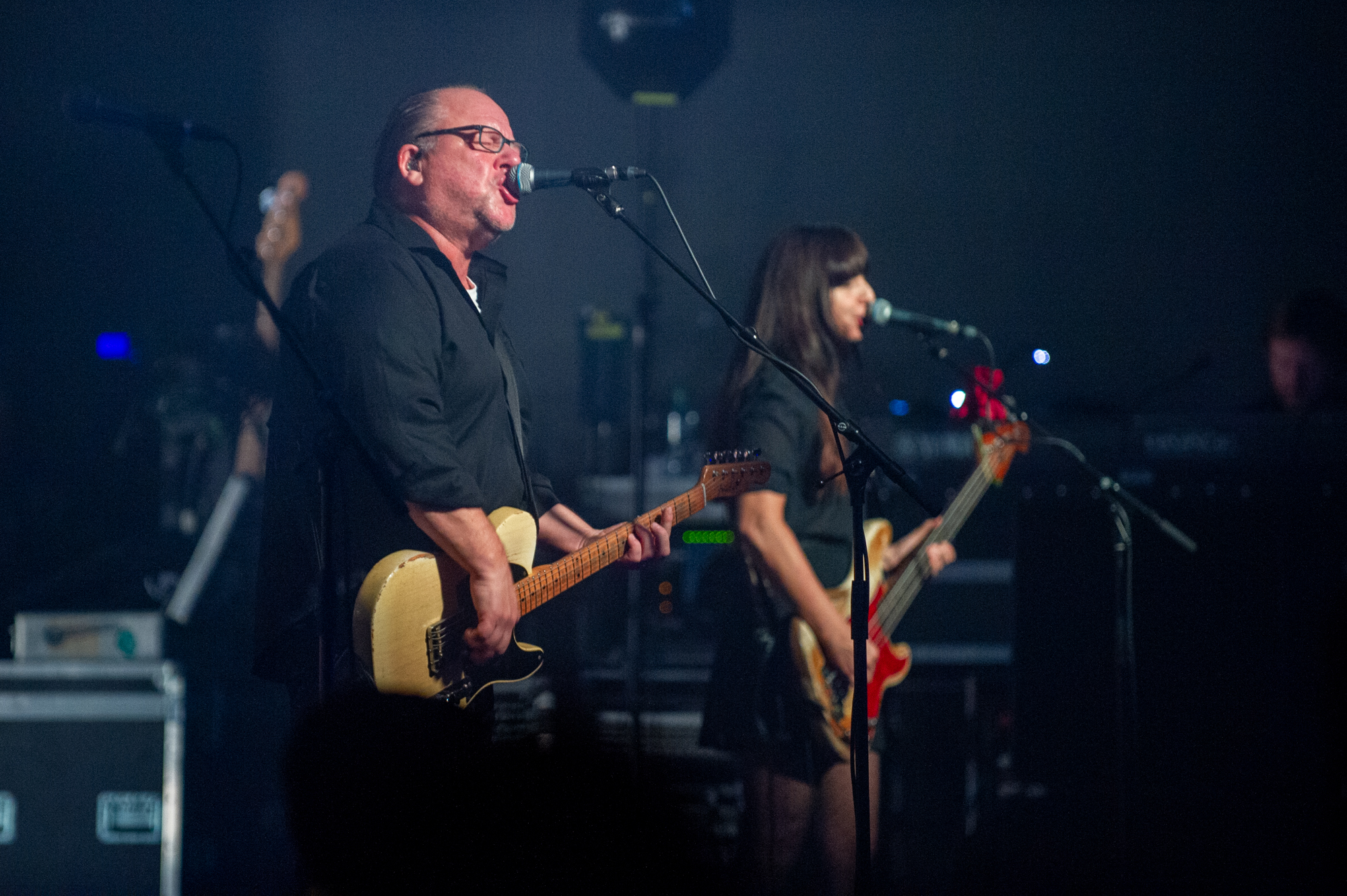 This was a super frustrating one to shoot – with the band almost entirely back lit for the duration of the show. Managed one clean pic featuring Black Francis and Paz Lenchantin.

Pixies were touring in support of their latest album Beneath The Eyrie but their 39 (!!) song set dipped into tracks from across their career.

Support was by Big Moon