So, I desperately hoped this would be a good night. Unfortunately, it wasn’t. When on form, My Vitriol are amazing, but this was far from it. I hate writing negative reviews, but it had to be done. My review which appeared on the Northampton Chron follows.

On paper (quite literally), this should have been a great opening night to My Vitriol’s ‘Secret Sessions’ tour. Armed with a set littered with a mix of new and old material, the ‘nu-gaze’ alternative trio (more on that later), are back with their longest run of dates for some considerable time.

Unfortunately, their headline gig at the Craufurd Arms in Milton Keynes was littered with flaws and ended up falling significantly below the standard you’d hope any band would be happy with.

Even prior to My Vitriol taking to the stage, the night had a bit of a weird feeling with no support act, just a DJ left to warm up those who few who opted to hang around the venue’s main room rather than decamp to the bar.

When My Vitriol did appear through the thick layers of smoke and red lighting, they appeared as a trio – and while there’s no inherent problems with that, frontman Som Wardner had opted for a set up featuring two (six string) guitarists and an electronic drum kit.

Things immediately got off to a bad start, when the aforementioned drum kit failed to show any signs of life.

Som was at least able to see the funny side of things and joke about needing a new kit and drummer for the rest of the tour.

However, even when things were resolved and My Vitriol got under way with It’s So Damn Easy and If Only, it quickly became apparent how bad the combined sound was. Songs lacked depth and punch throughout My Vitriol’s hour long set which for a band with a modern shoegaze sound was a major problem. Normally, you’d think about turning your criticism to the venue and PA but this is the Craufurd Arms – the best rock venue in the region and a regular host of bands on the touring alternative and metal circuit with a sound which is consistently among its strong points. 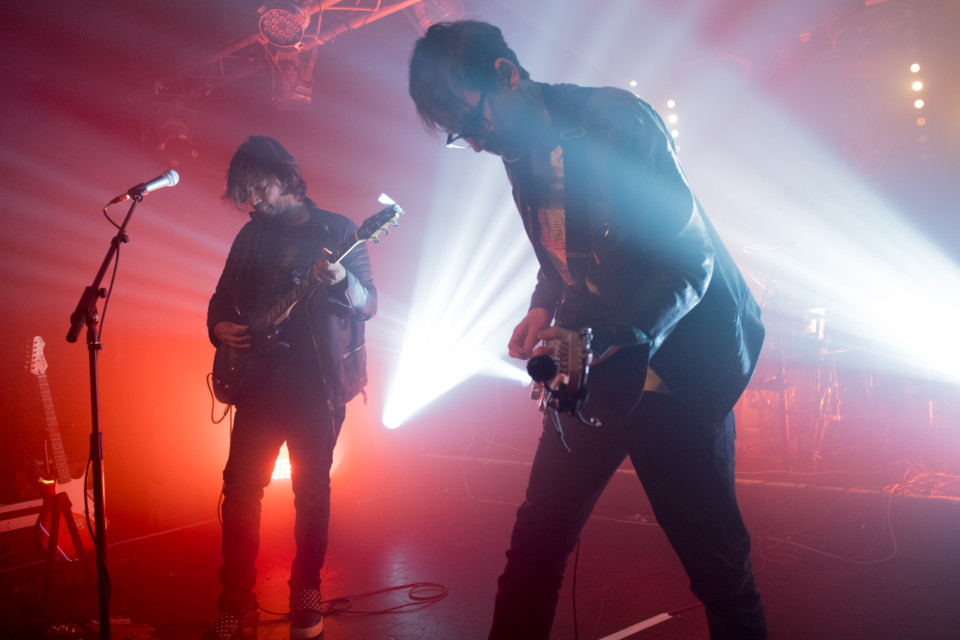 Things didn’t get much better, with Som talking about beginning their tour in Wolverton before bizarrely mentioning Black Country city Wolverhampton with little sign of whether this was a deliberate play on words or an embarrassing geographic faux pas.

Classic My Vitriol songs Grounded, Moodswings and Cemented Shoes should have sounded excellent but didn’t. Despite a decent enough stage presence, guitars fell in and out of tune all night and by the time a cover of London Grammar’s Nightcall came around people’s interested had started to drift away.

Even by the time set closer Always Your Way came around it failed it ignite an unenthused crowd – probably because it sounded puny.

To Som’s credit his vocals were fine. Frustratingly, My Vitriol have an arsenal of songs which on their day should sound great.

There’s always the risk reviews like this directly incurring the wrath of someone. However, most reviewers don’t want to criticise bands or performances but there can be no escaping the fact Friday was a shambles and My Vitriol need to seriously up their game on the rest of their tour.

Maybe the opening night was a blip – who knows. Either way, fans paying £15 a ticket deserved better, much better. Get a support act. Get a bassist and ditch the electronic kit.

If My Vitriol take those three things on board, you never know, the band people adored 15 years ago might be able to rescue the rest of this tour. For a little extra added context, these are the thoughts of someone who owns two copies of My Vitriol’s debut LP Finelines and has great memories of them first time around.

This entry was posted in News and tagged Craufurd Arms, Milton Keynes, My Vitriol.